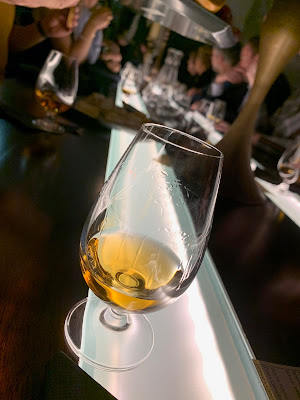 My latest work trip to Ireland in October 2019 was fueled by food. The island nation was in the throes of a new three-month festival, Taste the Island, spotlighting its current culinary renaissance and luring international travelers with myriad foodie events. I spent the week doing recon by following my taste buds, and by happily gaining a few pounds along the way.
Check out my video story about Ireland's Taste the Island Festival!

﻿﻿﻿﻿Among my most fascinating finds was the recent growth in one of Ireland’s longstanding traditions: whiskey. The spirit’s smoothness is legendary, of course: it’s triple distilled, which, for many of us, offers it the flavors, aromas and soft mouth feel  that makes it an easier commitment than Scotch or bourbon. And a new batch of distilleries is putting a new, modern spin on this timeworn tradition.

An industry that began to grow in the late 18th century and flourished in the mid-19th century found itself languishing by the mid-1900s. Indeed, only two distilleries were functioning in Ireland when the industry began to see its comeback – what many in the know call Ireland’s Whiskey Renaissance – in the late 1980s, a movement driven by new investment and a new focus in its ability to attract foreign interest. This year, as global sales continue to surge, Ireland’s whiskey industry is humming along nicely, driven by no less than 24 distilleries across the country. 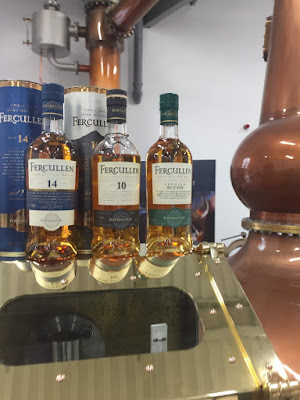 One of Ireland’s newest whiskey-inspired experiences can be found Powerscourt Distillery, which opened the doors to a gorgeous state-of-the-art whiskey-making facility and visitor center in May. Located on a beautiful 1000-acre estate in County Wicklow, about 15 miles south of Dublin, the property is also home to a luxurious resort, sprawling gardens and even Ireland’s tallest waterfall. Under the tutelage of world-renowned master distiller Noel Sweeney, Powerscourt’s Fercullen line of whiskeys – a trio that includes a premium blend ($49), a 10-year-old single grain ($64) and a 14-year-old single malt ($104) are “quite approachable for anyone starting out in whiskey,”  brand marketing manager Caroline Gardiner tells me. “But they also offer the layers of complexity and texture that would appeal to the higher discerning end of whiskey drinkers,” she adds. With all production and aging done onsite, and with six tasting rooms and a series of tasting options available to the public, Gardiner calls it “a fully immersive experience.” Fercullen is a nod to the Gaelic word for the ancient land that is the Powerscourt estate today, solidifying that link between old and new. Visits to Powerscourt can be scheduled online.

In County Meath, and located about 30 miles northeast of Dublin County Meath, 18th-century Slane Castle now offer a most forward-looking approach to whiskey making. This historic property has been owned by the Conyngham family for generations, and the decision to turn to crafting Ireland’s most famous spirit “was a way to take us well into the future,” Lord Henry Conyngham told me last week, during a rare one-on-one audience. “We have the water,” he said, referencing the famous Boyne River that runs through his estate, “and we have the land.” The new modern production facility transformed from old stables and barns takes visitors through the beginning-to-end production process and offers a taste of a unique blending process. “We achieve complexity through the blend of three unique casks,” son Alex Conyngham tells me, “including Oloroso sherry casks from Jerez, Spain” that lend flavors of raisins and spice. Seasoned Tennessee bourbon casks are used, too, for plum and butterscotch flavors, as well as virgin casks, for notes of tasted oak and vanilla. The end result of blending all three components, as I discovered last week during a late-night whiskey-and-cheese pairing session, is a delicious beverage with honey colors, a vanilla and brown spice aroma, layered flavors of caramel and dried fruit and lingering finish of wood and vanilla overtones. Myriad tour options, including a two-hour experience with Alex Conyngham, can be booked through the company’s website. Slane Whiskey ($30) is distributed by Brown-Forman and is widely available.

Check out my video story: sipping with Slane Whiskey's Alex Conyngham!
Other Irish distilleries worth a visit on your next trip to Ireland include Jameson, both at its facility in Dublin and its distillery in Midleton, County Cork; the historic Teeling Whiskey Distillery in the Liberties area of Dublin; and Dingle Distillery in the eclectic and beautiful town of Dingle, a Santa Barbara sister city.
Check out ireland.com for more information on the Whiskey Trail that will have you exploring whiskey all over Ireland.
Cheers!

Popular posts from this blog

"Santa Barbara Suffers From Charlize Theron Syndrome..." and Other Pico Iyer Memories Helping Me Through the Quarantine 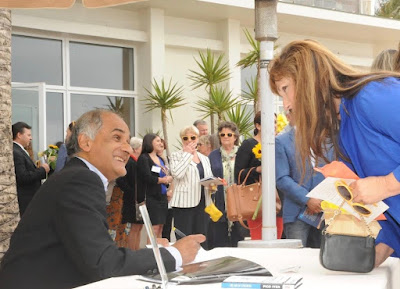 I can't be the only one feeling antsy to get back to it.  I'd say "back to reality," but it's becoming increasingly clear that the post-COVID "normal" won't be all that normal at all, at least not at first, or for awhile. That applies to travel, of course. Part of me finds that unfortunate, because I'm missing the ease, the frequency and the rhythm of travel that was so familiar just a few weeks ago. Then again, travel after the pandemic will be more hygienic, not to mention more flexible and more affordable. At the end of the day, no matter what the new travel "normal" is -- sign me up! I'm ready to go! Pico Iyer speaking in Santa Barbara in 2016 In the meantime, I'm finding a few pearls of wisdom from Pico Iyer helpful. The novelist whose travel essays have inspired wanderlust in so many of us for decades was the keynote speaker at Visit Santa Barbara's annual Tourism Luncheon in 2016. As he spoke, I remember fev
Read more 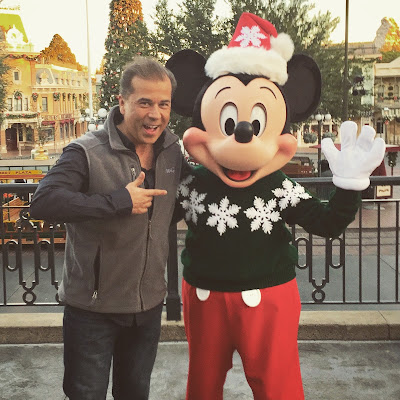 A rise in coronavirus numbers across the U.S. may be tempering a bit the recent uptick in travel demand, but the numbers don't lie: this Monday, June 22, more than 607,000 travelers went through TSA checkpoints. A major drop-off from the 2.7 million people who made it through security the same day last year, but the largest passenger number since March 19th. Slowly but surely, desire is turning into action, and Americans are starting to travel again. Here's a quick recap of how the travel experience is shaping up at some popular destinations: Me visiting with Mickey at Disneyland during the holidays Disney : Disneyland has postponed its July 17th re-opening date; no new date has been announced. Disney World parks in Orlando are still on track to reopen by mid-July. When the parks do reopen, there will be no parades, no fireworks shows and no character interactions. But tapping into the Disney experience remains a priority for many families. This week, Disney launched
Read more

The Delicate Dance: Big City Folks Want to Go, But Small Town Folks May Not Want Them 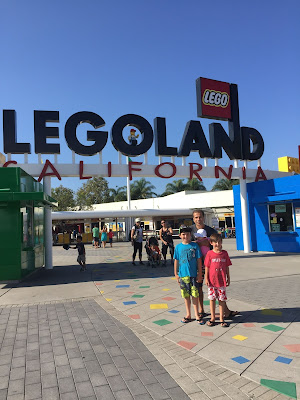 The summer road trip is about to begin, and odds are that those of us in big cities -- I live in LA -- will want to head somewhere small. Open spaces and remote destinations appeal a lot to us right now. And the affordability and the ease with which we can plan a small town escape makes them extra appealing. But here's a fact: while you're aching to go there, the folks who live there may not want you there, at least not in large numbers and perhaps even not right away. Data just published by San Francisco-based  Destination Analysts  show 57% of Americans don't want travelers coming to their town, while only 16% do . I call it the delicate dance: reconciling this dichotomy as we yearn to see the restart of regional travel and balancing our desire to visit off-the-beaten-path places with respect for those who live in those attractive destinations. With this in mind, I put together my top 5 drivable destinations from LA for the 4th of July weekend. COVID-19 numbers ar
Read more

Gabe
As senior editor for Travelzoo, I'm a longtime consumer advocate for all things travel and an expert in travel trends, tips and deals. I'm also a longtime wine and food writer based in beautiful Southern California